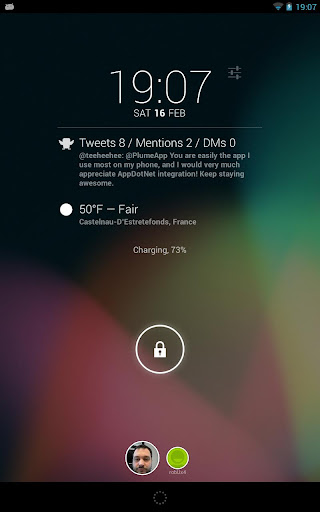 I just can’t get enough of the Dash Clock Wideget, even Plume (twitter client) would tell that. Plume just released it’s “Plume for DashClock App”. Plume for DashClock is a simple plugin for DashClock and separate download in other to add it to DashClock’s extensions, it let you see the count of unread tweets in Plume.

With the recent update of the DashClock widget to version 1.2, adding the shortcut settings to the home home screen, more language support, and other improvements. I bet we going to be seeing more extensions from other apps soon.