As an owner of the Roku 2 XS since last year, I’ve enjoyed the little box of streaming and have used it to most of its full potential.  From the Wii like motion controls to playing my own content via USB drive, the Roku is a jack of all trades (but a master of none) that deserves a place in almost any living room.   Is it worth the upgrade investment?  In a word, yes.  Read on for more detail.

This year, Roku has released the 3 series which includes a new processor that is 5x faster than the 2 series and an improved controller/remote that has a built in headphone jack. The diminutive system is slightly smaller than the Roku 2 XS with sleek rounded edges giving it a more modern look.  It’s a little heavier than its predecessor but honestly this is a good thing.  The older Roku was so light that an HDMI cable could easily lift it up from a surface.  That is now no longer an issue. 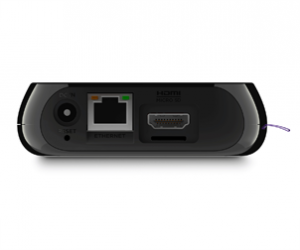 Using the Roku 3 is a pleasure since it takes everything that the Roku 2 XS does and improves on it as a true upgrade should.  To start, the WiFi now picks up both the 2.4ghz and 5ghz WiFi bands making it compatible with a wider array of routers and less prone to interference due to having the option for a less crowded channel.  Unfortunately, the highest speed router supported is still of the “N” type and not of the “AC” type that are the current high end. 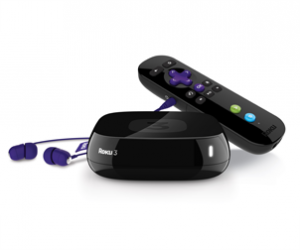 The updated remote is nearly identical in look, weight, and feel to the older Roku 2 model except that it now has a headphone jack and volume buttons on its sides.  The old remote worked through bluetooth while this newer model works through WiFi direct.  When you plug in a pair of headphones into the new remote, your TV mutes and the sound goes directly into your headphones.  This simple idea is more than a gimmick.  It’s actually genius and should be implemented into more non gaming media devices such as Cable boxes.  Using an old pair of Apple headphones, audio quality was good enough to streaming music and media.  I suspect that true audiophiles wouldn’t give it the highest praise but then again they should not be using a Roku to listen to their highest quality sound.  I suspect that most people will be more than happy with the new remote. Currently exclusive to this new model are 3 channels which are an updated Netflix, an official Youtube channel, and Angry Birds Space.  The Netflix interface is practically identical to the one from the Playstation 3.  One major difference between the the Roku version and PS3 version of Netflix is the lack of 3D support.  Hopefully, with the upgraded internals, there will be 3D added soon for those of us with 3D TV’s.   The Youtube app is also functionally identical to the PS3 app and has support for “casting” similar to the Chromecast and PS3.  You can start watching a video on your phone/computer/tablet and with the press of a button send it to the Roku to watch on your TV.  It’s a nice feature and long overdue on this platform.  Lastly, Angry Birds space adds some new physics to the tried and true Angry birds formula by playing with gravity.  The Roku remote can still be used as a motion controller similar to the Wii and its controller.  I’m hoping that with this latest hardware, developers will start adding more games.  There is a ton of opportunity to port over a ton of stuff from the iOS and Android markets that would work great with a physical controller on a big screen TV. System navigation speed and opening channels have received a noticeable speed boost and makes using the Roku 3 even more of a pleasure to use.  The system easily streams and plays 1080p files from either online sources such as Netflix or a USB stick with the following formats:

There are also Android and iOS apps that can be used through WiFi (on the same network) in place of the physical remote.  The apps work well and are quick to navigate if you have a lot of channels.  You can even stream pictures and music from your phone to the Roku via the app, however you will not be able to use the headphone jack to play back music as you can with the new remote.  Of note, the Micro SD slot is not for file storage but for added channel memory. Most people will probably never need it unless they download a ton of games from the channel store.
When it comes to channels, the Roku channel store claims over 1000 channels.  There are also numerous “private channels” that are outside of the official repository that allow additional functionality to your Roku.  Those can be found with a simple Google search and are added nearly as easily as the official ones.   From Pacman to Justin.tv, there should be content for nearly just anyone to enjoy.
Overall, the Roku 3 is an excellent device for the price and can easily serve as a part of your media center.  If there are any questions, feel free to leave them in the comment section or on the Lifesperience page on Google+.
Advertisement