Finally, Google just announced the its latest Android OS, Android 5.0 aka Lollipop. The release comes after months of extensive testing, Android 5.0 Lollipop is expected to arrive sometime next month. Google’s new Nexus family, the Nexus 9, Nexus Player streaming media device and Nexus 6 will ship with Android 5.0 Lollipop out of the box.

As previewed at Google I/O, Lollipop is our largest, most ambitious release on Android with over 5,000 new APIs for developers. Lollipop is designed to be flexible, to work on all your devices and to be customized for you the way you see fit. And just like Android has always been, it’s designed to be shared. Google 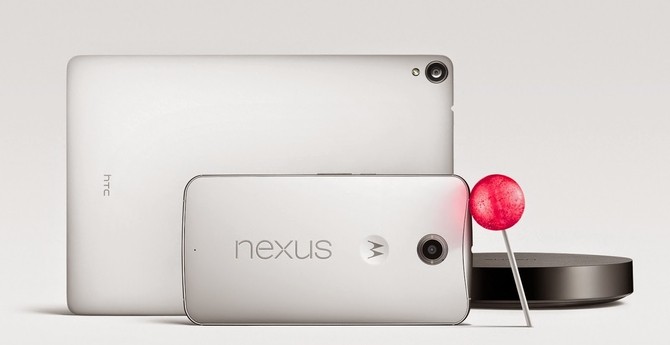 Older devices like the Nexus 5, Nexus 7, Nexus 10, and Google Play Edition devices will be getting some Lollipop goodness in the coming weeks. Android 5.0 Lollipop is big deal for the company, that last time we saw much visual update to the OS was in Android since 4.0 Ice Cream Sandwich was released in 2011. Now it’s only a matter of time before we know when non Nexus devices will be getting the Android 5.0 Lollipop.