Honda’s latest ad campaign narrative for the all-new Civic Type R is brilliantly interactive. The Japanese car company’s short film “The Other Side”, launched today on YouTube,  giving the viewer both sides of their 2015 Civic Type R. The interactive dual video shows a father picking his daughter up from school in his white Civic in the daytime, and drives her to a surprise party. While at night-time, “it reveals the father’s other side – an undercover cop delivering a crew of art thieves to a police sting, in a head-turning red Type R”. The fun part of the 3-minute short film lets  the viewer watch both videos side-by-side by holding down your R key on your computer to create a seamless switch between both narratives. We couldn’t embed the interactive video here, be sure to visit  to visit Honda’s YouTube page, check out the trailer below for more. 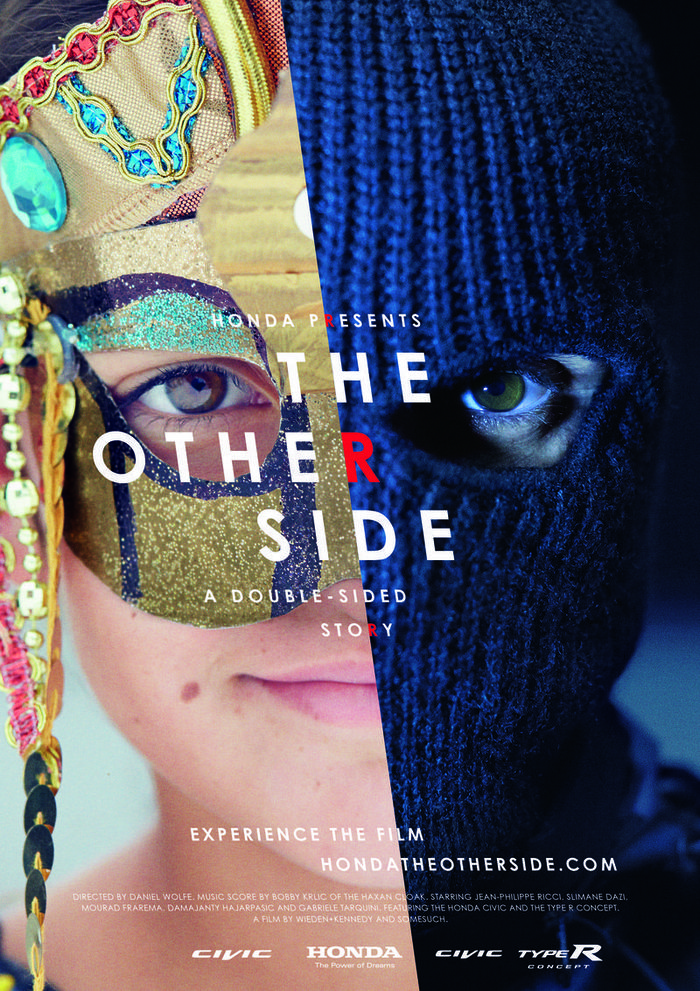