There’s no shortage of concept cars from automakers or auto enthusiasts, even though 99% of them will never reach mass production. Chevrolet just joined the likes of Nissan with a real-life version of a vehicle from Gran Turismo 6. The automaker rolled out the Chaparral 2X Vision Gran Turismo (VGT) at the LA International Auto Show. Chevrolet’s version of the Chaparral 2X Vision Gran Turismo (VGT) was designed by Chevrolet Research and Development and Chaparral Racing, and it pack some cool options like driver-adjustable aerodynamics and a laser-based propulsion system. 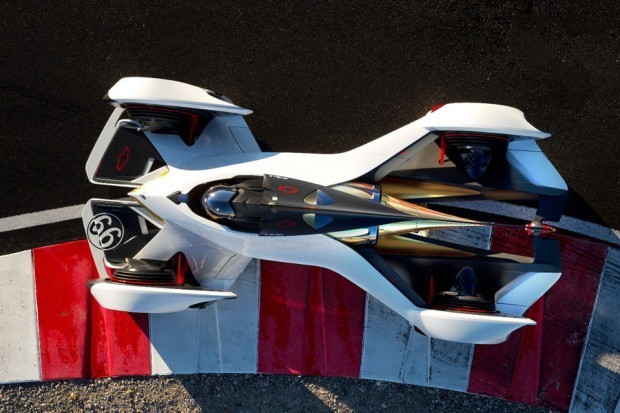 The vehicle’s lithium-ion batteries powers the 671-kW laser-based propulsion system that churns out a whooping 900 horsepower in thrust, reaching top speeds of 240 MPH from 0-60 in 1.5 seconds. As for the game version of the Chaparral 2X Vision Gran Turismo (VGT), PlayStation 3 gamers will get it as a downloadable content this holiday season.