The microblog introduced a new system for reporting abuse, and a small group of users are already able to use it. The company is going to expand it in the coming weeks. The updated system has fewer steps to report abuse. In addition, a revamped version has a new blocked accounts page including features for managing accounts blocked by the user. A user who has been blocked by an account can no longer view that profile page. The company promised that all those new features would be available to all Twitter users in a few weeks. 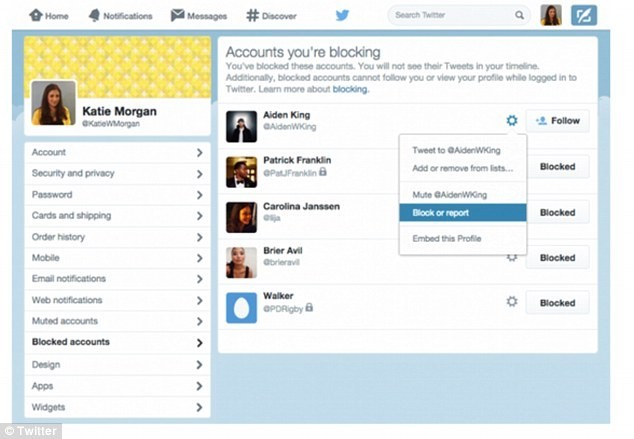 According to Twitter’s director of product management and user safety, the changes show the efforts of the company to improve abuse reporting on the service. He says that the company is currently nowhere near being done making changes in that area. Twitter promised its users that they can expect to see extra user controls, additional improvements to reporting and updated enforcement procedures for abusive accounts within the coming months.

Like all other extremely popular social networks, Twitter has been a repository for abusive language. Such cases of abuse can also get alarmingly personal, as was seen recently by #gamergate – an Internet movement targeting feminist video game critics. The latters received violent threats, sometimes even with specific details about their place of residence after the data was posted on other websites.

In the meantime, the company has reported 23% year-on-year growth in the number of users in the 3rd quarter. However, the analysis revealed that Internet users are now engaging with the website less. Back in November, the Twitter’s top executives sold off millions in stock the owned with the company.