Morons denting your car or breaking off your side mirror in New York and driving away is so common you’ll have to be the luckiest person alive not to have experienced it in your lifetime. A German company ‘Hella’ has invented a technology could make these kind of incident a thing of the past. Hella invented a smart body panel called an Intelligent Damage Detection System that detects when someone dents or scratches your vehicle. The sensors can also detect “where the scratch is and how intensive it is,” or if it’s from a natural phenomenon like hail or a falling tree. Hella’s new Intelligent Damage Detection System is a smart body panel that uses anywhere from four to 12 piezoelectric sensors that’s glued behind the door panels or attached onto existing parking sensors onboard cameras and GPS. 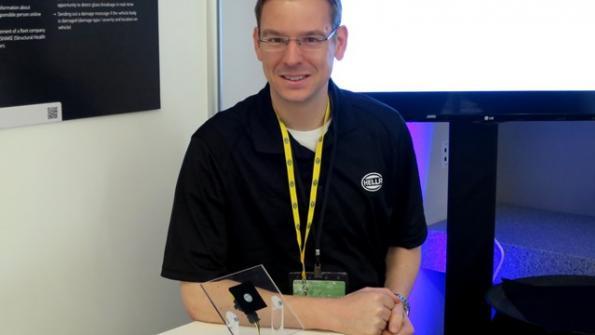 Being able to work with your existing parking sensors means you could hook the system into your existing electronic gives you the opportunity to grab efficient data and some evidence. Even though it may take a while before we see such technology in our cars, the Intelligent Damage Detection System from Hella has attracted the likes of BMW. The company expects to see its intelligent panels see its system be installed in cars from 2018. Finally, you can have some piece of mind knowing your car has a mind of its own, and “a sense of touch… for the whole outer shell” as Hella calls it.