We all remember the huge 8-bit Mario Amiibo that was unveiled at the recent E3 event. Now Nintendo has revealed a bigger amiibo, Yoshi. The new Mega Yarn Yoshi amiibo is an official Mega Yarn Yoshi Amiibo, but this time it’s supersized. You can still use the NFC foot with the Wii U to interact with games. When playing Yoshi’s Wooly World, users can activate the “Double Yoshi” feature by using the GamePad controller. You can also use it in Super Smash Bros. as well as in Mario Kart 8. 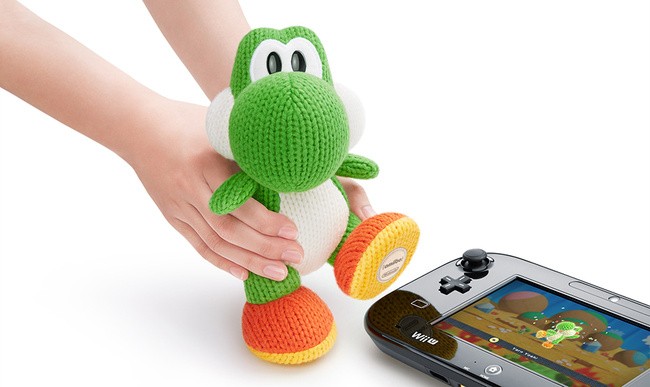