With the unveiling of Apple iOS 9 for consumers, Apple released its first-ever Android app on Google Play. Move to iOS serves the purpose of migrating your data in case you decided to move to an iPhone with iOS 9 from an Android phone. This, of course, was a bold move as Android users have debated for years about how Apple doesn’t really innovate but instead copies features from Android. Believing this is adding insult to injury some Android users have completely destroyed Apple’s first app with their reviews. The Move to IOS app currently is at a rating of 1.9 out of 5 on Google Play. Even some Gingerbread apps that haven’t been updated for years haven’t been rated that low. Let’s hope the situation improves as it is a shame to see our tech world divided by hate. 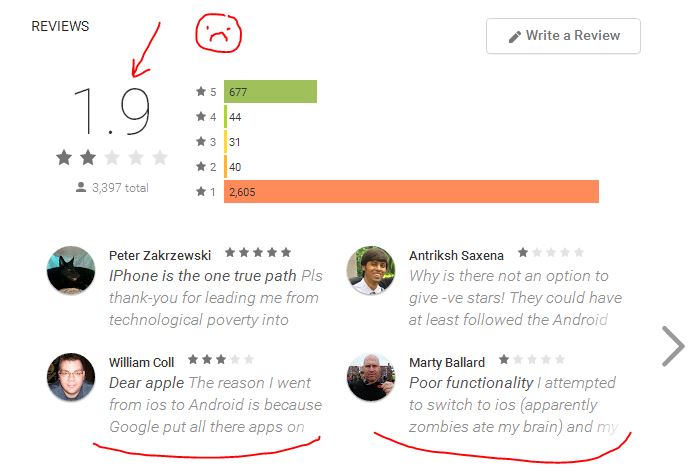