Hyundai Motors have just stated that they will unveil the brand new Hyundai Ioniq EV in January 2016. The Ioniq is not only reported to be an all-electric vehicle, but Hyundai boasts that they will also have a gasoline-electric model and a plug-in electric hybrid model. This will be the first time ever for any carmaker to have a vehicle that can be sold with three different environment-friendly powertrain options to choose from. These renders below are the most recent teasers released. 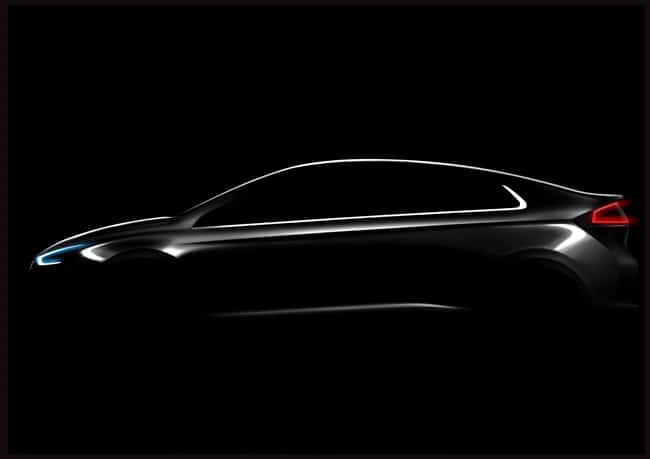 Hyundai won’t release much info yet about the in-depth specs and features but with the best aerodynamics in its class for a sedan and an exterior coupe-styled design, Hyundai plans to dominate the market with the Ioniq as the most environment-friendly, yet elegant ride from the inside out. More news will appear soon as the Hyundai Ioniq debuts in Korea in January before it arrives at the Geneva Motor Show and New York Auto Show in March. 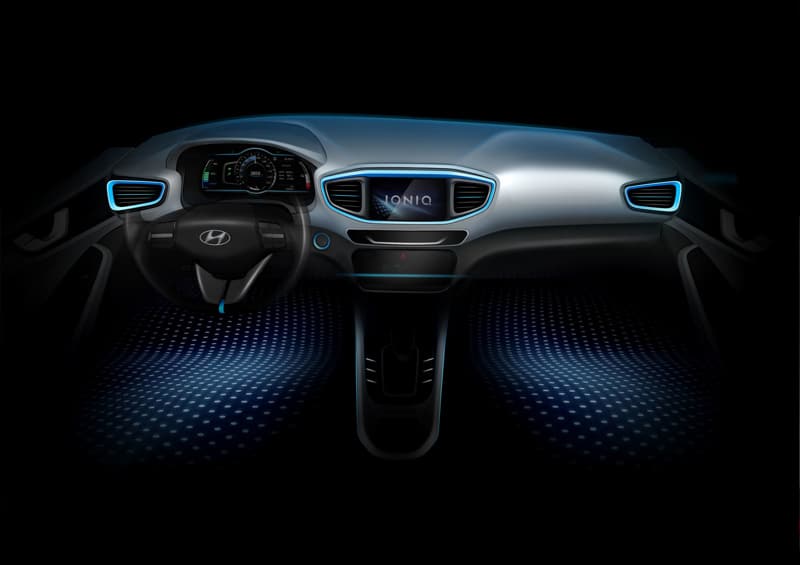 December 16, 2015 – A new rendering of Hyundai Motor’s all-new IONIQ hints at how the innovative, alternative-fuel compact vehicle, which is due for launch in early 2016, will combine head-turning good looks with class-leading aerodynamic performance.

Hyundai Motor has confirmed that the IONIQ will be the world’s first car to offer a choice of three efficient and ultra-low-emission powertrains: full electric, plug-in gasoline / electric hybrid, or gasoline / electric hybrid. With a sleek, coupe-like silhouette and numerous eye-catching details, its confident design is a match for its bold environmental credentials.

The IONIQ will deliver a fun and responsive driving experience, while also meeting the needs of those wishing to reduce the impact their motoring has on the environment. Hyundai Motor’s designers have therefore created an exterior design that is rich in emotional appeal, as well as making a significant contribution to meeting the car’s environmentally-focused brief.

Simple, carefully wrought contours minimize wind resistance and assist the efficient management of airflow around the exterior. At the front, familiar Hyundai design themes are evident notably the signature hexagonal grille, which is also topped by an attractive gloss-black element that extends outwards to meet distinctive new headlamps featuring integrated ‘C’-position lights. The exterior color choice adds to the car’s allure, formulated to be evocative of fog about to lift.

Inside the IONIQ the smooth, elegant and clutter-free theme continues. There is efficient use of interior space and a clear, logical approach is applied to the layout of control functions. Simple and stylish surfaces make use of eco-friendly materials to convey a futuristic yet warm cabin ambience that will appeal to a new generation of motorists.

Even before the arrival of the IONIQ, Hyundai Motor is already one of the world’s leading manufacturers of hybrid and low- or zero-emission vehicles. In 2013, the company became the first car manufacturer to mass-produce a hydrogen-fueled vehicle, the Tucson Fuel Cell (ix35 Fuel Cell in some markets).

The IONIQ’s name references elements of its creation. An ion is an electrically-charged atom, linking to the car’s clever combination of electrified powertrains. The second part of the name references the unique offering it brings to the Hyundai range, demonstrating the brand’s environmental commitment and willingness to maximize choice for its customers. Finally, the Q is depicted in the car’s logo as a visual breakthrough, acknowledging the fresh new approach of this advanced, low-emission model.

Following a world premiere in Korea in January, the IONIQ is due to be shown during March 2016 at the Geneva International Motor Show and the New York Auto Show.