New York City seems to be getting a lot of cool tech features this year (free WiFi hotspot, new parking meters and WiFi in the subway). New York City Mayor Bill de Blasio proposed a $2.5 billion  streetcar line at his State of the City speech last Thursday. As reported by the New York Times, the “Brooklyn Queens Connector” (BQX) would run above ground and it would run 16 miles from Brooklyn to Queens right alongside traffic, connecting the neighborhoods of Astoria and Sunset Park. The “Brooklyn Queens Connector” (BQX) route would expand transportation to the part of the city that isn’t accessible by subways. 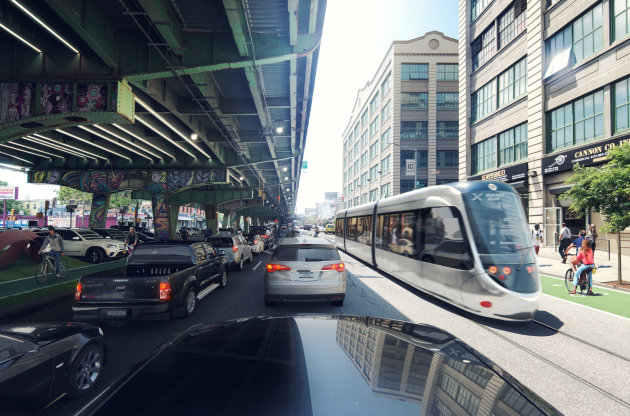 Compared to digging up a new subway line, the BQX will be far cheaper and cost effective than the former. The new de Blasio streetcars won’t be as fast as Elon Musk’s Hyperloop, the BQX streetcars would travel at about 12 miles per hour, and somehow get commuters from Greenpoint to Dumbo in Brooklyn 27 minutes, which is still faster than the current bus or subway options. De Blasio won’t be needing the approval from the state to his new idea up and running since it’s an above the ground project. That being said, construction of the BQX could start as soon as 2019, and it might be up and running by 2024. As New Yorker, any things or mode of transportation that will make our daily commute less of a nightmare is much welcomed.