Since we reviewed Nut and Nut mini Smart trackers, there weren’t many trackers their matching price to performance. We believe these trackers are supposed to be very affordable, light and easy to attach to items we lose on daily basis like keys, wallets or any other item. The quest of ‘how much would you pay to NEVER lose anything again” is the core for testing such products. Today we have iKon Tracker which boast of the longest range 70m (230ft) Which is staggering and it has been tested. What do we think about iKon?

We received review packaging so only got the iKon and nothing else. The official packaging though should have 3m stickers and a cord to attach iKon to your Keys. 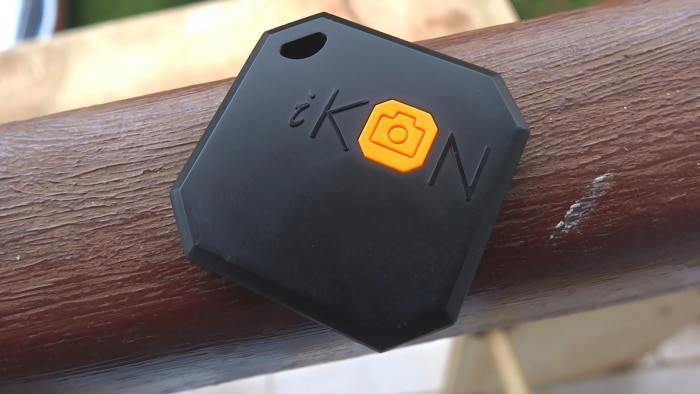 Primarily made of polycarbonate with a smooth finish, the design is angular, minimalistic and light. It is also designed to be water resistant(IP65) so throwing water on it should be fine. 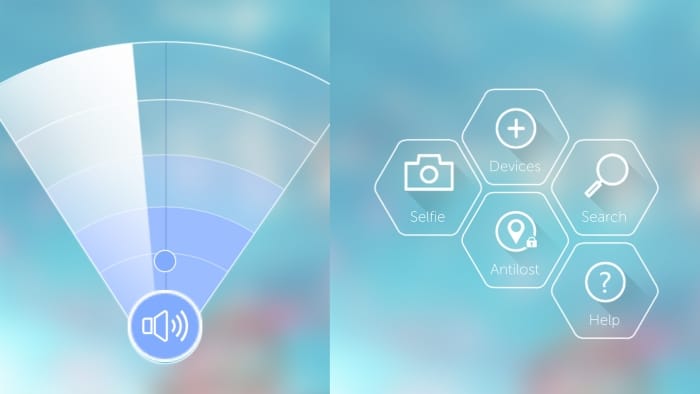 We’ve tested range extensively and if there are any updates we’ll be sure to let you know. iKon claims the longest range of any tracker in its class at 70m(230ft). On paper that is huge but does this work as claimed? While testing range I noticed a difference in elevation provided a shorter range than a difference in distance of the same elevation. What this means is? iKon tracker was upstairs(second floor) I experienced a sharp drop in range via the app when I was downstairs(first floor). While I was at the same elevation I noticed a much longer range of about 7-9m. All these were without objects walls or building between me and iKon tracker. With walls and say iKon gets stuck in your couch you’ll get a much shorter range of about 5m. Also once you move out of Bluetooth range(10m without obstructions) you’ll get a pop-up saying you lost your iKon tracker. That’s part of its geofencing feature. To be honest I’ve tried getting the advertised range with not success. There’s no indication if it has built-in GPS even though the app has a maps function to locate the device. I couldn’t get the app to find my location no matter what I did. Its purpose it to record the last place you were before it lost connection with your iKon tracker.

iKon can also act as a camera shutter button. You can take pictures using its camera function in the app. Double tapping the shutter button will ring your phone if you’re not using the camera. Long pressing it until you hear two beeps turns it on and off. There’s no distinction between it being on or off unless you look in its app. The help portion guides you through using iKon tracker better. You can also add other trackers. You can open it with a hole on the side and it has a removable battery to be swapped every 6 months.

The Android app is unfortunately very poorly designed. It looks like an IOS app directly ported over. It looks fine on iPhones but not on Android phones. Two features advertised were crowd find and silent zone. Crowd find helps others find your lost item if you share a link with the iKon community. Members who open this will be alerted when they get close to your iKon tracker/lost item. This is only if you all are in iKon’s ecosystem meaning you have the app installed, have iKon trackers and are a member of their community. Silent Zone silences ikon in certain areas. I have yet to test those as I know no one else with iKon around me or have yet to figure out using silent zone using the app. It is clunky, not pretty and needs a better design.

For $26 you get a very simple product. Not as feature rich or polished as Nut or Nut Mini Smart trackers. It has one button and a simple but not so intuitive or poorly designed app. I have to commend iKon for its reliability when in range and lack of annoying sounds. It is more straight forward and easy to start using compared to Nut or Nut mini smart trackers. Is it any better? Stay tuned for our full comparison but if you’re looking for a straight forward no qualms lost item tracker, iKon tracker is a serious option. Get it here