Google finally joined the band-wagon of device manufacturers to drop the 3.5mm headphone jack on the Pixel 2. In order fill the void of the extinct 3.5mm headphone jack on their new device, the company announced the Google Pixel Buds along a slew of new hardware products yesterday. Just as you’d expect from a Google product, the Google Pixel Buds pack some extra features like offering help to users from their Google Assistant. This feature is used to get directions, set reminders, or access music and messages. Users will also be able to activate Google Translate through the earbuds to get real-time translations of conversations. The real-time translation feature will allow users to talk into the earbuds, and the phone’s speaker will translate into their desired language.

The circular Pixel Buds comes with other welcomed features like gesture controls: swipes or touches to switch songs, answer phone calls, or adjust volume levels) and touching the right earbud activates the built-in Google Assistant. Google claims you’ll get five hours of listening time on a single charge. The 620mAh charging case stores and charges the Pixel Buds. Google also noted that the case will offer up to 24 hours of listening time for users on the go. 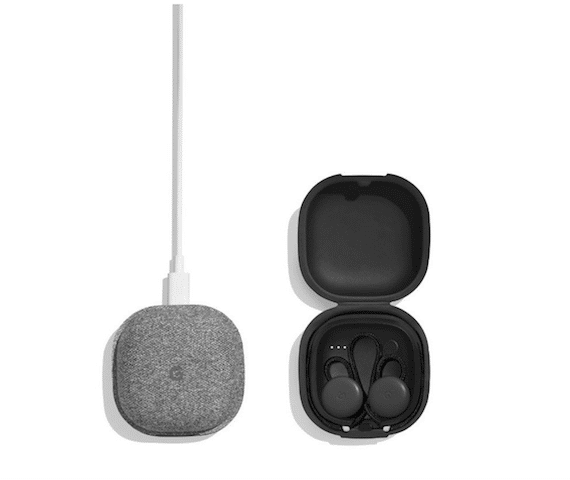 Google also noted that the “Fast Pair” feature will allow anyone using a phone running Android Marshmallow or higher to easily pair their earbuds by just opening the case. The Google Pixel Buds come in three colors just like the Pixel phones: black, white, and blue. They’ll set you back $159 if you’re interested in getting your hands one, Pre-orders for the Google Pixel Buds already started yesterday, the company plans on shipping them to buyers sometime in November.